At the eleventh hour of the eleventh day of the eleventh month, the war ended.  What would be called the first world war ended after four years of fighting, mostly in trenches along the front in Europe. A war that began with the taking of land from others, became a total war, effecting the daily lives of Europeans, and many of Europe’s colonies and territories.

The sides began to gather, longtime allies would come to each others aid and new war declarations were made. Germany declared war on Russia, Germany declared war on France, German soldiers poured across the Belgian border and onward to France. With Germany’s invasion of Belgium and their refusal to withdraw, Great Britain Declares war on Germany and allies themselves with France and Russia.

The Battle of Tannenberg would be the first notable battle of the war. Russian troops who had come to Prussia had been slowed by the change in rail gauges between Russian and Prussian railroads which heavily delayed supplies. The Germans who ran a very efficient rail system soon surrounded the entire Russian Second Army. The battle was a severe defeat of the Russians with 125,000 Russian soldiers taken prisoner and 13,000 killed.

The countries in the conflict continued to grow, Japan who had an alliance with Great Britain declared war on Germany. The Ottoman Empire, allied themselves with Germany and assisted Germany with naval bombardment of Russian ports one the Baltic Sea. France and Britain would soon declare war on the Ottomans. In a war that both sides thought would be done quickly, trenches were dug; soldiers and leaders were preparing for the long haul by the end of 1914. Italy would soon enter the war and ally with the French and British.

Germany held the upper hand when it came to technology in Europe. Germany had been dedicated to weapons of war. In December of 1914, German Zeppelins flew over the British Coast, the flights were largely consider to be to scare the British populace. Zeppelin flights would continue and in February 1915, the Germans would bomb Yarmouth, Great Britain from a Zeppelin. The Germans would develop Machine Guns, use of poisonous gasses and the first tanks to be used in combat. The would also use the U-Boat in the Atlantic Ocean, on May 7, 1915, a German U-Boat sunk the passenger ship Lusitania killing many passengers from the United States. This would not draw the United States into the war, however.

Britain and France would use their empiric grasp to grow their armies by recruiting soldiers from their colonies and territories to keep the war machine moving. The French would recruits soldiers from Algeria and other territories to fight for them. The British would recruit from Canada, Newfoundland (Which was not yet part of Canada), Northern Ireland, Australia and even India for the army of the empire. Calling it a duty of all men of the empire. 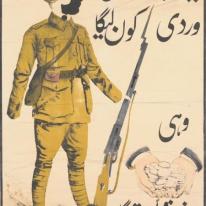 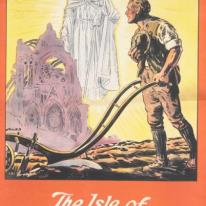 In Newfoundland, Governor Sir Walter Davidson notified the British Colonial Secretary that the Dominion of Newfoundland and the Labradors would raise 500 men for service to the empire. The response was very enthusiastic and the recruitment drive gained 970 volunteers. The first 500 volunteers who passed a physical were moved to a camp near St. John’s, Newfoundland and given uniforms, which included blue leg-wraps, because the normal British Khaki was not available on the island. Due to the leg-wraps, the Newfie soldiers became known as the Blue Puttees. The men traveled to Britain for additional training and were soon deployed to the front lines. Newfoundland and Labrador had slightly more than 36,000 men eligible to serve in the military, of those 6,241 men served and another 6,184 offered to serve but were rejected due to medical issues. Of the 6,241 that served, 1,204 lost their lives in combat. 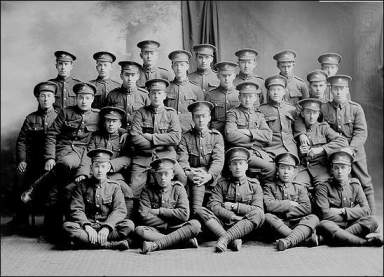 German renewed their U-Boat campaign in the Atlantic and sank several U.S. ships. President Woodrow Wilson became weary of the constant attacks by the Germans, he went before congress and the United States declared war on Germany on April 6, 1917. It would take time for the first U.S. Soldiers and Marines to make it to Europe and serve in the war.

In December of 2017, Russia withdrew after signing a treaty with Germany. The Russian soldiers under the Czar Nicholas had been poorly cared for. Many soldiers arrived at the from without essential pieces of their uniform, including shoes. Many soldiers arrived at the front without weapons or ammunition. Supplies including food were hard to come by for Russian Soldiers as well. After the Russian Revolution in 1917, the Bolshevik Government decided that it no longer wanted to be involved in the war due to the suffering of the Russian people and soldiers. The Russians and Germans signed the treaty of Brest-Litovsk, Russia withdrew forces and Germany now only had to fight a war on one front.

With the help of the influx of U.S. Soldiers and Marines and the determination of the Allies who used the boost in numbers to make a solid push against the Germans, the war changed quickly. By October 1918, Germany had been pushed out of Belgium and France. By the end of October, the Ottomans left the war. On November 9th, Kaiser Wilhelm, the leader of Germany abdicates. On November 11, 2018, the Armistice was signed, and hostilities ceased.

In Flanders fields the poppies blow
Between the crosses, row on row,
That mark our place: and in the sky
The larks, still bravely singing, fly
Scarce heard amid the guns below.

We are the Dead. Short days ago
We lived, felt dawn, saw sunset glow,
Loved and were loved, and now we lie,
In Flanders fields.

Take up our quarrel with the foe:
To you from failing hands we throw
The torch: be yours to hold it high.
If ye break faith with us who die
We shall not sleep, though poppies grow
In Flanders fields.

Greetings! I am Shawn MacIntyre, and I grew up with a love of history. When most kids were watching cartoons I was watching documentaries. After a long career in public safety, I chose to return to college to seek a new career path bringing history to the public. In April 2019. I graduated from Point Park University with a Bachelor's Degree in History, Magna Cum Laude. My new path is to make learning history fun, exciting and accessible to everyone. I invite you to join me on my journeys to historic destinations, learn interesting facts about the past, and spark a love for history! View All Posts